What Are USDA Plant Hardiness Zones?

Plant hardiness zones are specific areas in which we identify which plants should thrive at a given location. As a beginner gardener or farmer, you need to know the ‘hardiness zone’ in the area where you’re planning to put up your garden.

Basically, a hardiness zone is a detailed map crafted to help you grow your garden. Also called a “planting zone” or a “gardening zone,” a plant hardiness zone is crucial for the growth of your plants. It’s based on the average yearly minimum winter temperature that is divided into 10-degree Fahrenheit zones.

Read on to learn more about plant hardiness zones, how they’ve been assigned, and how you can use them to plan out your garden throughout the year.

History of the Zone Maps

In the past, farmers and gardeners needed a tool to compare the climate of their garden with the climate where a certain species of a plant is known to thrive. Thus, climate zone maps were crafted.

Zone maps can show gardeners where several permanent landscape plants can adapt. If you choose to plant perennials, shrubs, or trees and would want them to survive and thrive every year, they must have tolerance when it comes to the year-round conditions in your area. These conditions include the highest and lowest temperatures and the distribution of rainfall.

The USDA Zone Map features the latest version of the hardiness zones. This was released in January 2012 and was developed by both the PRISM Climate Group of Oregon State University and the USDA’s Agricultural Research Service.

As compared to the older version from 1990, zone boundaries in the latest zone map have changed and shifted in several areas. Apparently, the new map is about one 5°F half-zone warmer than the older zone map throughout the United States. The new zone map has used data measured at weather stations from 1976 until 2005. Meanwhile, the 1990 map was based on data that only encompasses the 13-year period from 1974 to 1986.

Regional gardening should be successful when you know which plants are suitable for the climate in your area. What withers in Cheyenne, Wyoming, and Fresno, California, might flourish in Boston since different areas don’t have the same growing conditions. Also, plants require various levels of care when being transferred to different locations.

For you to determine which plants should thrive in your garden, the Hardiness Zone Map comes in handy. On the other hand, most of the plants you purchase usually come with a tag that gives you instructions regarding sunlight, season, and watering schedule.

Accordingly, some plants that are for sale may have a code listed beside a color-coded map of the United States, which refers to the hardiness zones of each area.

The USDA Hardiness Zone Map divides the whole of the United States into 11 hardiness zones. Those that are numbered 1 through 11 are the lowest temperature ranges typical for that area and are ranked from coldest to warmest.

All hardiness zones, except for 1 and 11, are split into two subregions, namely “A” and “B,” which are separated by 5 degrees.

Since plants are known to be more sensitive to colder climates than heat, the Hardiness Zone Map can aid gardeners in measuring cold climates.

For instance, peonies thrive in hardiness zones 3 up to 8. This means that peony flowers can keep up with cold temperatures ranging from 20 to negative 40 degrees Fahrenheit. Areas like Austin, Texas, can allow you to grow peonies since plant hardiness should be 8B.

How to Use Hardiness Zones as Guide for Gardening

For gardening, hardiness zones only apply to perennials. The zone distinctions will be rendered irrelevant for annual plants since they die when their growing seasons come to a close.

The Hardiness Zone Map may not be flawless as it’s accuracy will depend on your location. If you are somewhere in the flatter area of the Eastern and Plains states, hardiness zones are fairly reliable. However, if you travel westwards, the map might skew a bit due to the mountainous geography.

According to the National Gardening Association, the Plant Hardiness Zone map does a great job of addressing climates in the eastern half of North America.

Aside from the cold temperatures, you should also take into consideration factors such as light, water, soil acidity, and ambient temperature. These elements should shift as one moves among gardening regions while considering climate and hardiness zones.

Why Do You Need a Plant Hardiness Zone Map

As previously stated, you can certainly adjust the elements in your gardens, such as soil acidity, shade, and water drainage, but what’s uncontrollable is the weather.

With this, the Plant Hardiness Zone Map comes in handy. The map will help first-time gardeners determine which plants will have the highest chance of thriving in the climate they are in and for them to know which plants to avoid planting.

What Are the Factors Related to Plant Hardiness?

While it may be difficult to assign a hardiness zone to all plants, there are several factors you should consider when it comes to working with the ‘hardiness’ of plants.

One factor to consider is the plant’s winter acclimation. If a plant that grew in your garden in midsummer can be acclimated appropriately, it can go through lower temperatures like -20 degrees Fahrenheit.

On the other hand, if you’re experiencing an abnormally warm fall, a lot of plants that are used to cooler temperatures to trigger dormancy could be killed. Especially when there is a sudden drop in temperature.

Another factor related to plant hardiness is precipitation. Several plants can thrive in lower temperatures but cannot tolerate moisture during the winter. Take the barrel type cacti, for instance. It can survive in frigid mountainous regions that do not receive any rainfall during the winter.

Fertilizers are also related to the hardiness of a plant. One study states that the application of high potassium fertilizer during the fall helps the plants survive during the winter.

Meanwhile, if you are trying to grow plants in zones that are too cold, try creating microclimates. This will help in supporting other plant species that do not normally thrive in the colder regions.

Microclimates, by the way, are the areas in your garden that are usually protected like a brick wall, near vents of the house, between structures, or near a body of water. You can strategically place soil thermometers in your garden for you to determine which zones are warmer in the winter and vice versa.

You Are Now Ready to Utilize the Plant Hardiness Zone Map

Growing plants can be a bit of a challenge for certain states. It’s going to hurt to try to grow a species that eventually dies because it turns out, it can’t survive in your area.

Indeed, knowing the various hardiness zones and the plants that thrive in them can be of huge help.

If you’ve been growing without a guide before, feel free to check out the USDA Hardiness Zone map. And then from now on, be sure to choose those plant species that have been known to survive and thrive in your particular zone.

Nothing’s ever going to have to wilt again. 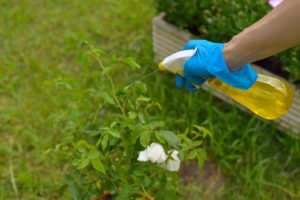 How To Do Container Gardening: An Easy To Follow Guide

Best Methods For Getting Rid Of Annoying Garden Weeds