Gardening Calendar: What To Plant Now?

Did you know that plants flourish best if planted according to their growing season?

If you’re quite unsure about the kinds of plants you want to thrive in your garden, the following guide can help.

Read on so you can start outlining your planting calendar!

Plants Grow According to Schedule

Once you have decided on starting a garden in your front or back yard, the primary issue you could be facing is planting what and when according to schedule and climate.

Before you start planting, though, it’s best to determine your area’s hardiness zone and its frost date.

By the way, plant hardiness zones help you identify which plants should thrive at a given location. Meanwhile, a frost date is the beginning and end average range of days that a frost is experienced in a specific zone. These factors are extremely important to know since most plants do not tolerate extreme cold due to a frost.

After knowing your hardiness zone and frost date, the next best step is to know precisely when to plant and what to plant.

You see, having a planting calendar should make your gardening schedule simpler.

So, I’ve set up the following month-to-month planting guide. It should help you plan which species to plant on every month of the year and grow a flourishing garden across all seasons.

What to Plant in January

January is the perfect month to plant cold-season plants and vegetables. However, even in areas that are free of frost, this month can still give gardeners a hard time.

If you live in Zones 9 and 10, you can start planting indoor seeds of basil, eggplant, lettuce, kale, peppers, squash, melon, and tomatoes. You can also start indoor seeds of zinnia, marigolds, cosmos, and sunflowers.

If you live in Zone 8, start planting leeks, onions, celery, and parsley earlier in the month. For flowering plants, you can begin directly sowing annual flowers such as nigella, pansies, larkspur, impatiens, calendula, and poppies.

Those who live in Zone 7 might have the most difficult January, but planting during this time could still be possible for you. Start growing cabbage, broccoli, kale, cauliflower, and lettuce indoors.

If you are anywhere in Zones 1 to 5, you could now start planting outdoor favorites such as beet greens, arugula, pea shoots, and mizuna.

What to Plant in February

Basing on hardiness zones, February is too early for various Northern states for indoor planting. However, warmer Southern states are now ready for planting.

If you live in Zones 7-10, you can now start planting tomatoes, peppers, onions, lettuce, broccoli, and annual flowering plants such as geraniums, marigolds, and zinnia. Perennials like daisies, poppies, coneflowers, and rudbeckias could also be planted.

Meanwhile, herbs like Greek oregano, French thyme, broadleaf sage, and Italian basil could also be planted if you are located in Zones 3-10.

What to Plant in March

In March, the days get longer, and the weather slowly starts to warm up. And so, if you are a gardener, the focus is to plant and sow.

Permanent crops like strawberries and asparagus can also be planted in March. As for flowering plants, lilies, agapanthus, gladioli, and crocosmia could be planted outdoors.

What to Plant in April

Growing vegetables is really innate to this month. During the first half of April, plant out potatoes and maincrop them in the second half. Sowing seeds outdoors in well-prepared soil is also the best thing to do during this month.

What to Plant in May

When the month is coming to a close, begin planting out chili, young aubergine, and pepper plants that were raised indoors. As for strawberries, the Alpine variety needs to be planted now if you want it to bear fruit in the summer.

What to Plant in June

June is such a great planting time!

Beetroot, Florence fennel, French beans, broccoli, kale, herbs, carrots, chicory (any sort), and peas would grow well if planted this month. Leafy vegetables and radishes would be excellent, as well.

What to Plant in July

July is the middle of the year, and it is getting a bit late for sowing and planting. But, there is still a lot of time for chicory, endives, lettuce, and other salad leaves as well as beetroots, carrots, and peas.

By the way, brussels sprouts, cauliflowers, and cabbages can now be transplanted to that space you had for your onion, garlic, shallots, and broad beans.

What to Plant in August

August is a great month for your vegetable garden. The crops you planted in the summer are already overwhelming you with produce, but there are still various choices for what to plant this time of the year.

What to Plant in September

In September, southern areas of the United States will have arrived at the peak of the gardening season. There are several fast-growing vegetables that you can plant during this month to keep your vegetable garden full.

What to Plant in October

Most plants you have planted in September are also suitable for planting in October. You see, October is a great month to start your fall garden.

Artichokes, peas, alliums, leafy greens, Brassicas, rutabaga, beets, and carrots are all great vegetables you can plant this month.

What to Plant in November

During this month, it might start to get colder, and most people would neglect their gardens already. But don’t worry —  you can still plant tons of things.

Since it is cold, you can try planting fruit trees, berry bushes, broccoli sprouts, carrots, and rhubarb outdoors. For flowering plants, celosia and impatiens are suitable to grow indoors.

What to Plant in December

This month is the cruelest for plants, but you can still do some planting indoors for you to transplant later.

You can start growing Swiss chard, cole crops such as broccoli and cauliflower, beets, turnips, radishes, carrots, and rutabaga.

You can even plant herbs such as thyme, rosemary, oregano, sage, Frech tarragon, chives, dill, lavender, cilantro, parsley, and mint.

Set Up Your Own Planting Calendar Now

Part of the requisite in having a garden is planning and choosing which plant species you would want to grow.

But, you have to plant them according to the season that gives them the best growing conditions. Hence, the need for a planting calendar.

And from what we’ve discussed, it’s not impossible to plant all year long. You see, there’s always some species to plant every month.

Now that you have this year-long guide, be sure to fill your own calendar and get excited to plant away! 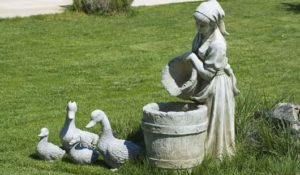 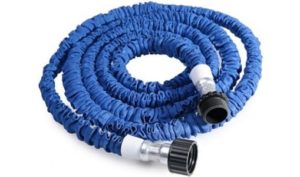 How to Insulate a Garden Hose?
February 20, 2019 No Comments
Read More »
Related Posts

How To Do Container Gardening: An Easy To Follow Guide

Best Methods For Getting Rid Of Annoying Garden Weeds